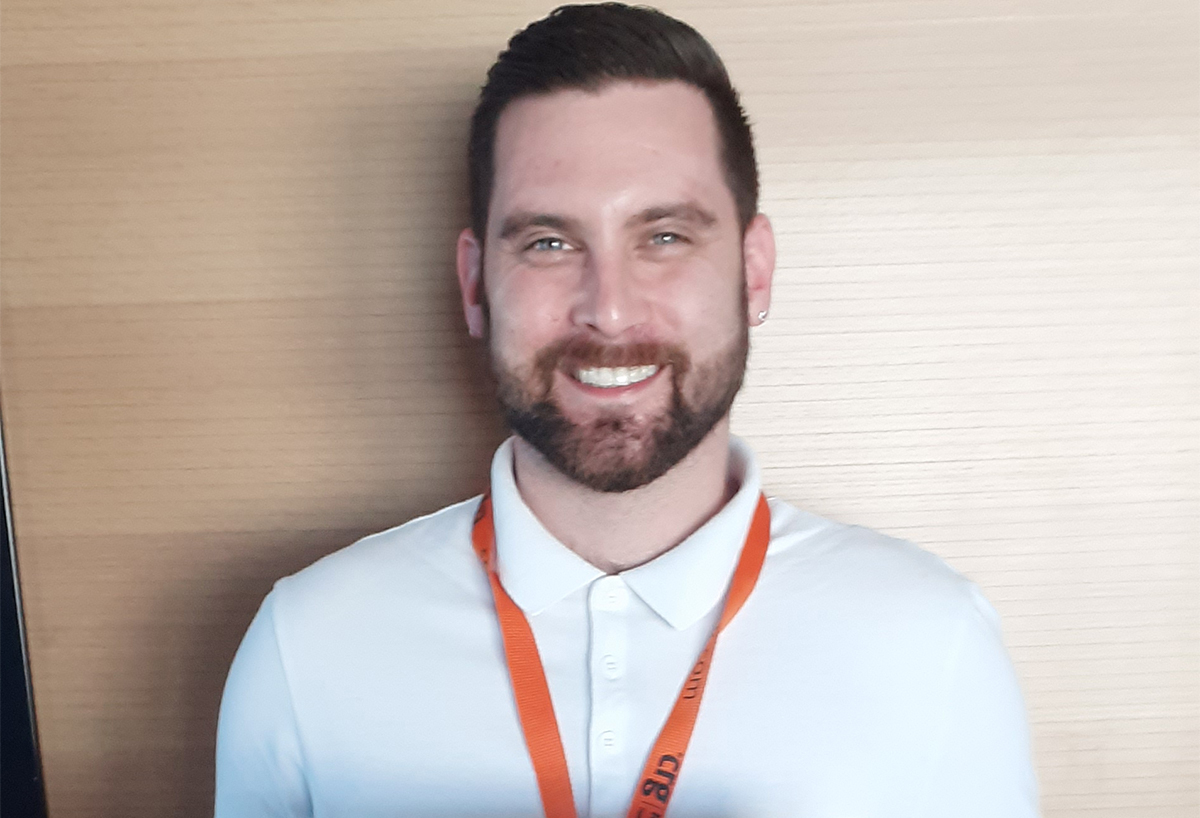 People consider working in the care sector for many different reasons and at different stages of their lives.

For some people, they consider joining social care after they have worked in another sector and CRG Homecare’s Branch Manager, Mark Nolan was no different.

Mark worked for a marquee company where he installed and supplied their furniture, but after five years of working at the company he wanted a career change. Not knowing what he wanted to do, Mark  spoke to a friend who worked in care and was encouraged to take up a career in the sector.

Mark said: “When I was looking for a job change, my friend said what about being a care worker. I didn’t really think a career in care would be for me, especially at the age of 21 and being a male, but I thought I would give it a go and see what happens.

“I decided I wanted a rewarding job that would make a difference to people’s lives. It was a little daunting at first because it was very different to what I was used to. My colleagues supported me as they knew I was new to care which helped.”

From the first day of working in care, Mark absolutely loved it and built positive relationships with his service users and colleagues.

Two years later, Mark was promoted to Field Care Supervisor. In this role he was responsible for monitoring the quality of care provided by a team of care assistants. He stayed in this role for a further two years and then was given the opportunity to become a Team Leader and oversee the other Supervisors.

His dedication and hard work were recognised and after excelling as a Team Leader, he was then promoted to Deputy Manager for three working branches.

“This was a massive achievement for me as I had never thought that I could be in this position. During this time, I learnt various management skills and gained a lot of experience,” he said.

Now Mark is Registered Branch Manager of CRG Homecare’s Clacton Branch. He is responsible for the smooth running of operations and quality within the branch, ensuring that CRG Homecare’s service users receive the highest standard of care, and are comfortable and safe.

Mark explained: “The best thing about working in care is that you make a difference to people’s lives every day. You are able to support people to be independent in their own home.”

“For anyone who is thinking about going into the care sector, I would say just do it and surprise yourself. Being in care is so rewarding and it’s an amazing opportunity. Anything is possible; I did not think in a million years that I would be where I am today.”

Career development in the care sector

How to stay cool in summer Care Coordinator to abseil down Liverpool Cathedral for charity Connor’s Story: Career progression in Social Care Coping with stress at Christmas

Career development in the care sector