Home > News & Blogs > Kevin’s story: “Working in care is the best thing I have ever done.” 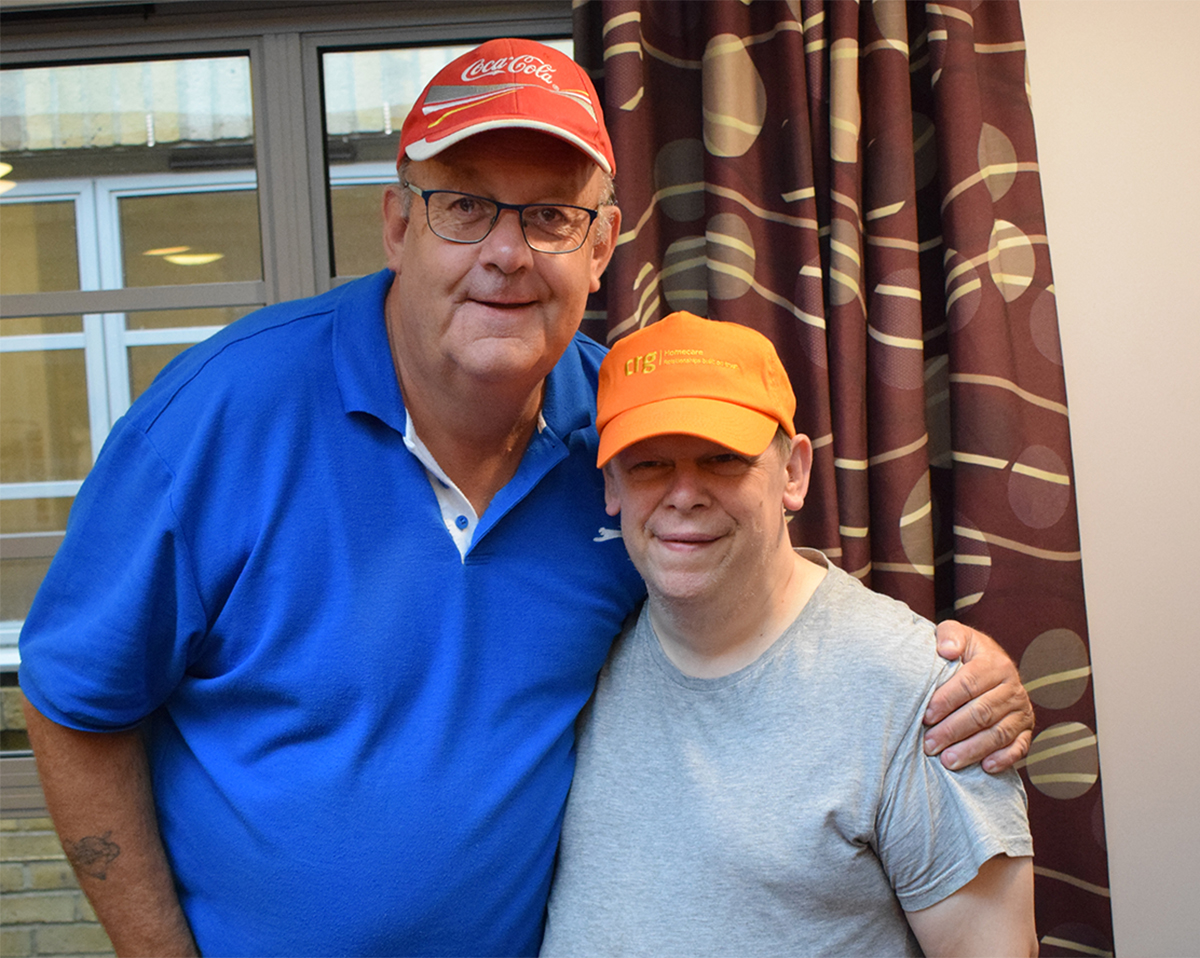 Kevin’s story: “Working in care is the best thing I have ever done.”

“You’re doing something for someone that no one else can do. It’s out of this world what pleasure you get.”

Those are the words of CRG Homecare’s Employee of the Year 2019 and Support Worker, Kevin Kelly.

Before he became a Support Worker, Kevin was a bus driver and worked at the arcades on Southend’s sea front but he desired a job that was rewarding and so he turned to social care.

Kevin said: “I had no experience in care, but I completed a training and shadowing programme with the company before supporting in the community. It’s the best thing I have ever done going into care. It’s really changed my life.”

In his role as a Support Worker, Kevin provides care and support to individuals with learning disabilities to enable them to be integrated within their local community.

No two days are the same when you’re a Support Worker, but you will usually find Kevin with one of our clients taking them to a social club, bowling, or a music club.

Kevin supports some individuals who find it difficult to communicate verbally and interact with others but as he builds a close bond with our service users, he finds a way to communicate with them.

He explained: “I support one individual who didn’t speak, he found it very hard to communicate and didn’t want to be part of social groups when I first started to support him. 12 months later, he is a very different person. Because he loves music, Danny (another Support Worker) and I decided to create two songs for him to sing with us to help communication.

“Now he isn’t as quiet and he can communicate better with us, he even raps and sings the songs that we made for him. He also goes to Music Man project with other service users and plays the drums. It’s amazing to see him interact with other people and be part of the group.”

As well as taking service users to social groups, Kevin also assists them by providing personal care, administering medication, and supporting with tasks at home including preparing meals and carrying out other light domestic tasks such as cleaning, changing the bedding and doing the laundry.

Kevin added: “I can’t encourage people enough, who don’t work in care, to give it a go. It really has given me a purpose.”

Find out more about a career in care with CRG Homecare here.